This is How You Celebrate a Bicentennial!

Four Poems Are in MungBeing! (And a First Word on Adventism) 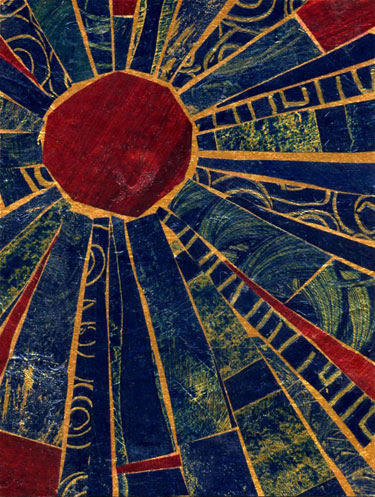 Well the good old folks at MungBeing have decided in their infinite poetical wisdom to publish not just one, not just two, and not just three of my poems, but four instead. Ever since I was featured in Record a couple of months ago, it is the most in any one spot, I believe. Anyways, they are up and ready to be enjoyed. The titles to look out for are “Up in the Morning,” “The Dry Season,” “Browsing Necropolis,” and “On Current Distractions.” They are all free verse, and all the more so, since you can read them without a penny to lose.
One of the interesting things is the MungBeing is affiliated with the Stuckist movement. I found out about them a few months back but did not know that MungBeing was involved in the movement until I submitted to them, which is a pleasant surprise. What is Stuckism? Basically, it is a reaction against the attitude of the British (and to a certain extent, American) art scene. It rejects the emphasis on conceptual art for an experience more grounded in emotion. I can’t say I blame them. There is plenty on the internet about them and examples of their work.
I do not declare myself a Stuckist, although I sympathize with their goals and aims. The main reasons are that 1) I am not British and 2) I am not an artist working in the world and mediums which their wrath is focused on. While I certainly would like to see the art world rescued from posturing and the elitist attitudes that deride anything more than three people might enjoy, it is a battle separate from any of the ones which I need to wage. I have enough on my plate to go up against. Since I have little to gain personally from a restructuring of the art world (as of yet), I can only offer my moral support to them and hope that they succeed fully.
Because many similar attitudes have crept into poetry, and similar energies must be dedicated to expunging them, I have found in the Stuckists a useful model. We share much in spirit even if the battles we wage are on different terrains. To that end I have developed Adventism, call myself an Adventist, and have given MungBeing the historical notoriety of being the first place that Adventism will be mentioned in connection not with a Protestant sect, but with a movement in poetry that so far consists of myself and the nods given off by a few acquaintances.
In future essays I will clarify what Adventism is and what the Adventist poet must aspire to be. However, in case anyone is looking (perhaps directed from MungBeing) for a definition, I can supply one for now in the negative.

Adventist Poetry is NOT:

Baggy, loose, rambling, and/or based on the total disregard of the reader’s attention span.

Dull, clichéd, hackneyed, ordinary in its language and descriptions, and/or prose simply chopped up into lines

Inhuman, antihuman, anti-emotion, rationalistic, and/or a stranger to the human experience in any of its forms

There might be some Adventist poems that deviate slightly from these principles. They cannot be dealt with by appeal to the No True Scotsman fallacy, robbed of their Adventist status. Instead, I must remind that Adventism is a movement dedicated to the inner vision of the poet as it is connected with the reader in crafting a shared experience. Craft is the important word here. It is the attempt at upholding Adventist principles, and doing a close enough job that makes a poem a member of the school.
Adventist poetry can be rhymed, structured, metered, or consist of free verse. There is no subject matter of great concern to the Adventist, only the desire for craft in the poem. All subjects deserve equal consideration when being honed into their poetic form, anything can be written about as long as it is respected as being worthy of the poet’s attention to craft.
If any of this sounds vague, I apologize. The formal manifesto must be issued later. I promise a simple way to propagate Adventism, or at least explain it, complete with an entire story of the term’s appropriation by me. Nevertheless, I do not consider Adventism simply to be a stand in for me, or to be synonymous with my works. It is not an approach to poetry that is completely new, I believe it had practitioners who were unaware of it in past times. Adventism is simply derived from the whole of poetic tradition and distilled to what guiding principles seem to work best in creating lasting work that leaves an impression on readers.
However it is adapted for this day and age and strives to adapt by making previously non-poetical material part of poetry’s domain for comment. My poems at MungBeing have attempted this. The first two are “Up in the Morning” and “On Current Distractions,” which are attempts to create a literary language to express feelings and interactions (as well as thoughts) that relate to the whole technological world. Much like Modernists a hundred years ago, we must remake art so that it can expand boundaries over what developments have taken place over the past few years. Otherwise we prevent a true dialogue with the present and its concerns. The sprawling, almost pastoral poetry of rage and accruements, of recent has got to go and be replaced by something tighter.
In Up in the Morning, there is an attempt to create a personal relationship with the machine, in this case the computer. The speaker tries to relate their experience to the computer and in doing so collapsed both of their worlds together, if just briefly. While the poem contains a human element and an attempt at expanding the boundaries of expressing human experience, it probably cannot be seen as tight as it should be, but I absolve myself. This was before I ever considered taking up Adventism.
On Current Distractions was written about how we let technology and information keep us from our desired goals. It is tighter even though it is longer, and it deal with the human at its core, however I cannot say that it is filled with the most sparkling of language, although I do like the first line as a reference to the composition of the poem Kublai Khan.
Browsing Necropolis is indirectly about technology. I do not consider it to be an example of Adventist poetry, except that it does express a compression of a very abstract and all commanding idea into a tight space of a few lines, two short of a free verse sonnet. I desired the effect of having lines tumble over each other, but in an secretly ordered way that finally reveals itself in the end, much like the way a dance routine by a synchronized team in the swimming pool or sports field might end in order and closure out of chaos.
The Dry Season, the fourth poem, is part of the Adventures of Byron Jones. This is one of several dramatic monologues I have written using various characters. Jones goes through the seasons and at the same time the various stages of being a citizen of the frightening and fantastic Avant-garde Kingdom of Bohemia. This series was the first poem I wrote with an Adventist frame of mind, hoping to capture the beautiful and yet claustrophobic world of New York City, the way that high and low, mundane and glittering, mix together freely. One image ones against another in the stanzas, which are like little holding pens for them to go at it.
So there are four poems and my first explicit demonstrations (albeit early ones from last year) of the Adventist aesthetic. Go ahead and read them and think about what I have said here. Judge me for what I have dug up.
Posted by Ben Nardolilli at 10:38 PM 1 comment: 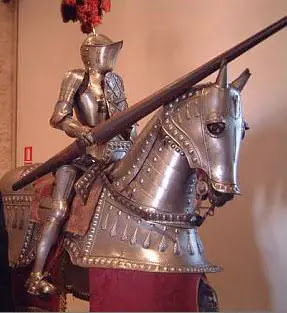 I have a short story up at Writer's Ink. Check it out here. It is one that I wrote for an advanced fiction class at NYU taught by the esteemed Darin Strauss. I'm not sure if any of the suggested edits from him and the other students found their way into the piece. It's been a while (and how are you guys doing?). Nevertheless the story is up and available for viewing.

A Gift from Callused Hands

First post for August of 2009. How the years slides away from us. SEP is already finished and I am back in Arlington once more. Anyways the occasion for today's (or tonight's) announcement is that two poems of mine are featured in Callused Hands. Their titles are "Under Certain Conditions" and "A Spring Enclosed." Scroll down and enjoy!
Posted by Ben Nardolilli at 8:26 PM 1 comment: