Thoughts on "The Idiot" 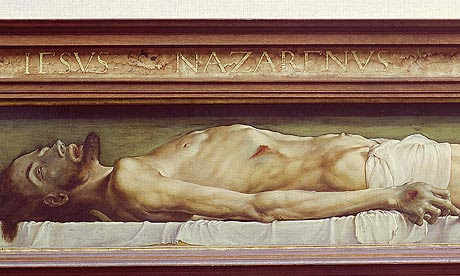 No, I'm not talking about our former commander-in-chimp, but about Dostoevsky's novel instead. It was my reading for the past few months: August, September, October, and halfway through November. Before that I finished the complete works of Shakespeare, and let me tell you, that was a much easier read. Yes, as you can imagine, The Idiot is a dense book, even for a Russian novel. My version clocked in at 565 pages in a hardcover version put out by Barnes and Noble.
I am a fan of Russian literature, so I knew what to expect. Heady discussions, plenty of characters, occasional smatterings of French, intense religious scenes, and aristocratic foibles. But I found The Idiot to be hindered by these usual tropes, rather than helped. Compared to Crime and Punishment or Notes from Underground, the work lacks the philosophical depth and near-surreal quality that make Dostoevsky worth the read. The story is told in too conventional a manner for point that Dostoevsky is trying to make: to show life of a Christ-like figure living in (his) contemporary times.
It is an interesting idea, of course, and there are several interesting scenes and characters in the novel. The problem is they tend to appear every fifty or so pages. If the Gospels had been written to read like The Idiot, they would have vast stretches of irrelevant conversation, details about the lives of the priestly class, and the bureaucratic work faced by Pontius Pilate. The miracles and parables would show up, eventually, but only as part of dinner conversations where instead of French, Greek phrases might perhaps be dropped in between to dazzle by those other guests incapable of turning water into wine.
The problem is that Prince Myshkin, the hero and protagonist of the novel, is not really like Christ at all. It casts doubts on whether Dostoevsky had any real idea who Jesus was and how he behaved according to the Bible. Myshkin is naive and innocent and this simply sets him up to be a victim of the high society around him. It was probably the author's intent to make him a martyr instead, but this would have required giving Myshkin an actual awareness of his situation and what was going on around him, which he sorely lacks. I did not feel all that sorry for him by the end of the novel. If he were more generous and charismatic, I would have felt his downfall to be a tragedy, the loss of a genuinely interesting and inspiring person.
The novel also has many problems stylistically. The author's voice changes and there are bracketed asides to the reader which are distracting. Dostoevsky seems unable to decide if he is writing a parable, a satire, a romance, a realistic novel, or a philosophical one. He could have pulled off any of these, but he should have made the choice earlier on and stuck with it. Conversely, combining the elements might have worked, but such an ambitious project needed to be thought through more on his part. Another stylistic problem is that by the end of the novel, claims of ignorance on behalf of the writer begin to appear. A scene will be followed by a statement along the lines of "We do not know what happened next." In a standard first-person narrative this is more than permissible. A narrator who has so far been omnipotent, however, cannot do it without looking foolish or sloppy. Why don't we know what happened? And why is it WE and not the I of the narrator?
This could all be the fault of Constance Garnett, the translator, since she had a tendency to make the works of Russian Literature that she worked on sound the same. She was one of the first to translate Tolstoy, Dostoevsky, and others into English and did a good service, but since I have not read the Idiot in any other version, my judgment is, I confess, limited. Still, although words choices might be different in different translations, the general plot and characters would remain the same. So I recommend the book only to die hard Dostoevsky fans. There is nothing in The Idiot that could not be gleaned from his other well-known works.

Posted by Ben Nardolilli at 9:29 AM 3 comments:

Issue #2 of Eclectomatic Ezine is out and a poem of mine, We Were Like Rats, is in it. The verse was inspired by my days on the New York Subways and as a tutor. Anyways, this literary opus appears in an actual ezine, pretty nifty, eh? Scroll through to page 18 to read my work and enjoy what appears in between and after.
Posted by Ben Nardolilli at 3:19 PM 1 comment:

A Poem in Type AB Positive!

Happy November to all of you, and no, I'm not participating in No-Shave November. Every month for me now is Movember anyways. Today's announcement is that I have a poem up in the journal Type AB Positive. Anybody who comes to me with autobiographical questions will get punched in the nose!
Posted by Ben Nardolilli at 8:49 AM 2 comments: