A Poem in Scalped Magazine 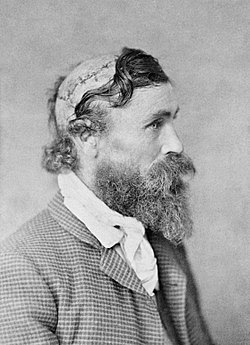 Well the folks at Scalped Magazine have published a poem of mine. I can't say why there is artwork of police brutality above it, but if that's the feeling the editors got when reading it, then it works for them. The poem is titled "Know the Fear." It is actually part of a longer poem that I wrote nearly two years ago called "The Lowest Dust." It was part of my more experimental days when I had access to an online cut-up engine and I used it to slice and splice anything I could get my hands on. Eventually I mixed several works with apocalyptic themes such as The Waste Land, with lyrics from The Kinks and David Bowie, among others. I then took the fragments I had composed and put them together, diving no particular order until I had perhaps a third of the pieces slid in. I laid the piece down in a hallway and assembled in there. Recently I had been to the Jack Kerouac exhibit, and that probably inspired me to achieve a grand construction out of words and paper. Anyone who wants to read the whole thing, let me know!
Posted by Ben Nardolilli at 7:27 PM 1 comment:

TWO ANTHOLOGIES THAT I'M IN

Here are links to two anthologies that I have work appearing in:

Relationships and Other Stuff

The World According to Goldfish: Volume II Sight
Posted by Ben Nardolilli at 6:31 AM 1 comment:

New Poem Up at Ugly Cousin

A poem of mine, "Past Harvest Time" is up at Ugly Cousin. Check it out and read the rest of the online mag here.
Posted by Ben Nardolilli at 7:33 AM 2 comments:

Thanks to the The Dan Brown Sequel Generator from the folks at Slate, I can, much like the proverbial monkey working at a typewriter, help him along by putting together the outline of his next book, this time set in New York City, and involving (CENSORED):
A mysterious puzzle at the heart of New York City. A murderous cult determined to protect it. A frantic race to uncover (CENSORED)'s darkest secret.

When world-famous Harvard symbologist Robert Langdon is summoned to the Apollo Theater to analyze a mysterious geometric form—etched into the floor next to the mangled body of the head docent—he discovers evidence of the unthinkable: the resurgence of the ancient cult of the Baalinistas, a secret branch of (CENSORED) that has surfaced from the shadows to carry out its legendary vendetta against its mortal enemy, the Vatican.
Langdon's worst fears are confirmed when a messenger from the Baalinistas appears at the Empire State Building to deliver a macabre ultimatum: Deposit $1 billion in (CENSORED)'s off-shore bank accounts or the exclusive clothier of the Swiss Guards will be bankrupted. Racing against the clock, Langdon joins forces with the Amazonian and quick-witted daughter of the murdered docent in a desperate bid to crack the code that will reveal the cult's secret plan. Embarking on a frantic hunt, Langdon and his companion follow a 1100-year-old trail through New York City's most venerable buildings and historic monuments, pursued by a Norwegian assassin the cult has sent to thwart them. What they discover threatens to expose a conspiracy that goes all the way back to Allen Ginsberg and the very founding of (CENSORED).

I Will Make You Babel Fishers of Men!

It's short. Should take less than a minute to read. Read it here
Posted by Ben Nardolilli at 9:33 AM 1 comment:

Hello there everybody! September is here and that means fall is slowly creeping up the corner to rattle the green out of every leaf. it also means that the Foghorn has put up my short story Remorseless With Victory.
Posted by Ben Nardolilli at 10:14 AM 1 comment: