...come and see how in my new poem.
Posted by Ben Nardolilli at 8:14 AM No comments:

Games to Take With You on the Road!

If only Sal Paradise and Dean Moriarty had these to pass the time, they would have avoided a lot of trouble, and everything that ended up making On the Road worth Reading. Anyways, here are three nifty games for all of you blessed with an intellect and too much time!

Normally I would think it is too soon to be talking about West Virginia’s beloved and recently deceased senator-for-life. Sometimes you should be nice to the dead, because they may come and haunt you. However, since I named something after him (along with half of West Virginia) I feel it is okay.

The rules? Well, basically all anyone does is talk about how old Robert Byrd is, and how long he has been a senator. The game can take several forms, but the one I use with my friends involves the “fun fact” method”

You can replace Byrd with the oldest current senator, if you like.

2) The Before and After Game

This one is taken form Jeopardy and Wheel of fortune. You simply combine the end of one name with the beginning of another. It also works with laws, songs, battles, cities, movies, novels, really anything.

Here is one that recently stumped my friends, and by friends, I mean people I pester on Facebook:

Before and after: name me a famous boxer and a failed conqueror of Mexico.

I like the answer to this one because it has two answers and involves people on both ends who knew one another. You can either have Archduke Maximilian Schmeling or Joe Louis Napoleon Bonaparte.

The chains of names can be as long as you want:

Before and after: name me the creator of King of the Hill, a British comic strip hero, an important Supreme Court case, and the cartoonist behind Dilbert.

The winner is the first person who can figure out a way to use this guy.

This one is best played while under the influence, so playing it in the car can be risky. Personally I find it easiest to play while walking up and down Second Avenue (I’m not positive about Fourth Street). Unlike the other games, this one can be done with just one person. Playing it is simple enough, you try and make up verses for Bob Dylan’s song, “A Hard Rain’s a-Gonna Fall,” based on whatever you see around. You can incorporate any person, place, or thing. Random combinations and descriptions that could be symbolic are the goal of the singer, and yes, this game has to be sung.

Posted by Ben Nardolilli at 7:44 PM No comments:

...and read my new poem at the Camel Saloon underneath.
Posted by Ben Nardolilli at 7:18 AM No comments:

“I saw the best minds of my generation destroyed by brevity” 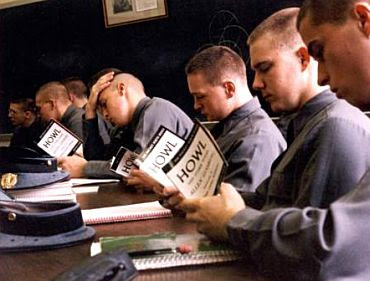 I recently read an attempt to create a Howl for my generation. I do not make the allusion myself, the author set it up so, with a single word title meant to juxtaposition with Ginsberg's poem. So comparisons can be made, the point of the poem in the first place. Doing so, one sees that it has its moments but it is no reincarnation, only a parody. However, it was not as good a parody as reading The Waste Land by Orson Welles. "Tweet" does not make it new, as another poet known for his use of homages would say.

I think it may have suffered from the formating of the website. Such a work needs space for the words to breathe. But mostly, it falls flat not in its diagnosing of the problem, but in its referencing. Instead of Ginsberg's use of his friend's adventures and his own intellectual endeavors as a source for an epic, Miller's work reads like a laundry list. It is in need of eyeball kicks and more skillful use in condensing.

These sorts of things have been written before. I remember reading a different one that was about the yuppies. A direction adaptation and twisting worked in this case because it was meant to comment on hos a generation had sold out, or at least refused to carry the flame of challenging assumptions. A Howl for my generation, to be taken seriously, requires a different sort of indignation and rage. It must tell the tale of us not destroying ourselves, but our being witnesses the self-destruction of everything around us. It must deal with how our birthright has been lost. I think it is fitting to consider ourselves a sort of Generation Esau.

Above all, the interesting thing is how Howl, a poem that was as free as any verse could be at the time, has now become its own form. Poems come from it, they have the same structure and make the same stops. A series of expectations is built into the nature of the references, how they are voiced, made, and changed, if indeed they are changed. The process starts right at the beginning. What minds did the author see, and how were they destroyed?

Issue #5 of Instigatorzine is Out!

And I'm in it with a new poem. Order it here.
Posted by Ben Nardolilli at 4:31 PM No comments: 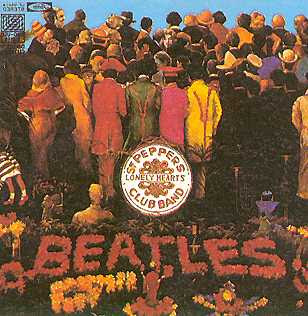 Go and read another new poem of mine up at Indood. Consider it an archeological dig. It's from the summer of 2006, four freakin' years ago!
Posted by Ben Nardolilli at 10:05 AM No comments:

A Declaration For the Day

Time to celebrate July 5th over at the Camel Saloon!
Posted by Ben Nardolilli at 4:09 PM No comments:

Ah, the air is fine and the heat so wonderful, you curse the wind for taking it away on a day like this. Find a patch of grass and sleep on it for half an hour, if you have clear skies. That should be your recipe for today. Don't forget the garnish, a poem by me at the Momo Reader. Thanks for reading, as always.
Posted by Ben Nardolilli at 3:04 PM 1 comment:

For a change of pace, here's some prose that I have up in the current summer issue of The Toucan. The story is titled, "Gods Little Cows." Read it and enjoy!
Posted by Ben Nardolilli at 8:40 AM No comments: