Apparently I sent you all to the wrong website in the last post. To read my poems as they give directions from the backseat of The Vehicle, click here. Now onto the new stuff. The ripe stuff. The poetry just posted and sweating milk like fresh mozzarella. Read my lines up at Brawler or at Asbestos Boots. Or both. At the same time.
Posted by Ben Nardolilli at 9:30 PM No comments:

New poems of mine can be found at Ken*Again as well as The Vehicle. This poem "American News" which is in Literbug, has been in the works since early 2008. I believe the lines originally came from stories I found on the AOL Homepage. It braved the poetry workshops of Robert Fitterman and is now published! I also have a short story in this collection from Circus of the Damned. It was originally published here.

Meanwhile, back in real life, the struggle continues...
Posted by Ben Nardolilli at 8:55 PM No comments:

Who Let the Dogs Out?


A leading presidential contender wants to know, especially since he can't find them on the roof of his car. Oh well. The article I mentioned in my last blog post on philosophy is mentioned up at Literary Kicks. Nice to be able to contribute to a site I've been following for several years.  New poetry is up as well. First of all, La Fovea, which has an interesting structure to it. One poet nominates another, who in turn finds other poets to post material. I was nominated by Seth McKelvey and will select other poets I know. So be on the look out for a possible email dear versifiers! There is also new work to ponder over and admire at The Rusty Nail.

Still have to figure out what I'm doing with my life. The spring weather makes me want to head out to new lands. It's probably the legacy of playing too much Oregon Trail as a kid.
Posted by Ben Nardolilli at 7:52 PM No comments:

Two poems up at a site I'm not sure I can mention directly by name without making things difficult for you, oh my readers. Things are already tough enough if you live in China and try to read my blog.
Posted by Ben Nardolilli at 9:47 AM No comments:

Beowulf Versus the Spellchecker Redux 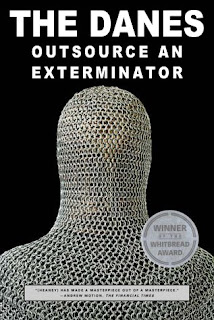 New poems up at Reprint Poetry and the Red Booth Review. Picture courtesy of Better Book Titles.
Posted by Ben Nardolilli at 7:11 AM No comments:

Cheers to Smarch, March, and Spring 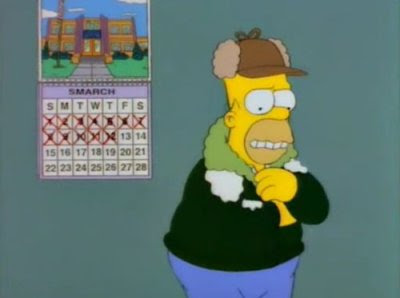 The weather continues with its chaos and I continue to let my publishing credits roll. Even though it is March, the April Reader is already up and displaying my work. Look up north to One Title, a Canadian magazine, my poem is under the section labeled "the Bad" (out of the Good, the Bad, and the Sublime). The blog for the Circus Book, an anthology of sorts, has my work up as well.

An interesting article over at the New York Times by Colin McGinn. He asks if philosophers should take a step back from calling their field of inquiry "philosophy" and embrace a name which reflects (in his opinion) what the field is currently about.  His suggestion is "Ontics." Personally I think the piece shows an extreme bias against any non-analytic school of thought (why doesn't he want to use Ontology instead of Ontics?) and commits the etymological fallacy of focusing too much on the original definition of "philosophy" as the love of wisdom. Food for thought nonetheless. Pretty much indicative of why I quit trying to major in philosophy in college.

Also, if anybody wants to share with me things to post such as calls for submissions, new poems, links to websites, just let me know. Leave me a comment or contact me via Facebook.
Posted by Ben Nardolilli at 11:36 PM No comments: