May has been kind of slow for me, but here are some new publications for you all to look at and nod approvingly while scratching your full or nascent bears.

EgoPHobia, a Romanian website, has put up five of my poems. You can read all of them here.

There is a poem here as well: http://www.cactusheartpress.com/

Any day now my short fiction prince will come and give me links to post. Any day now. Until then, you can read a short story from friend of the blog Fred Bubbers: http://fredbubbers.com/natural-selection/

Posted by Ben Nardolilli at 7:37 PM No comments:

Hey, here's a fun fact, T.S. Eliot, poet of the 20th century, wrote a shot story. You can read it here. It is titled "Eeldrop and Appleplex" and might be about T.S. Eliot and Ezra pound debating their ideas on art. Of course, that is mere speculation.

Poetry might be dead for once and for all, why? Because there is a program that takes tweets from Twitter and turns them into Shakespearean Sonnets. Which is all poetry is to all you people, right? Don't laugh, one day computers will replace your banking algorithms too and all of your statistical analyses about  charter school urchins. But we should just keep drinking right? That's right. Even if it's a Coke and not even tonic.

Meanwhile whatever creativity I can muster is being mustered. I have a poem reprinted at Reprint Poetry. I am also going to appear here. And hell, here is a short story I wrote called All of Brooklyn's Parties. It's from 2009. Praise it as contemporary vintage you hipster outlet sucking squid.

Posted by Ben Nardolilli at 10:47 PM No comments: 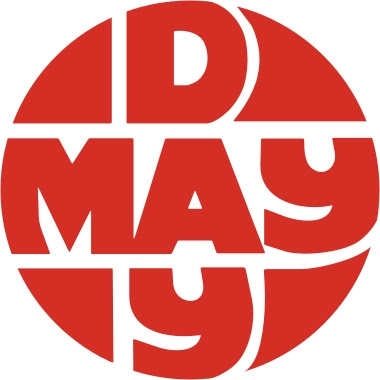 Happy May Day to everyone out there. I myself did not join in any strikes, though I stayed home and did not work as a substitute teacher because I was sick. Does that count? I have another poem in Crisis Chronicles, special thanks to Jesus Crisis for accepting my work. I also have two poems at L'Allure des Mots, which is probably the sexiest publication I have appeared in yet. In case you are suffering from a poetry overload, do not worry. I am finishing up edits for a batch of short stories, including my Ted Berrigan inspired fiction, which I hope will see the light of day in various publications you may read.

Speaking of substitute teaching, I just realized a small irony which will probably only be of interest to history buffs. I substitute teach in Arlington County now, and it uses a service called STAN to notify me of jobs. STAN stands for Arlington Substitute Teacher Assignment Network. What's interesting is that I found out about something called the Stanley Plan, which was designed by the state of Virginia to prevent Arlington County (among other jurisdictions) from integrating its public schools. STAN, STANley Plan, coincidence? I think so.

Posted by Ben Nardolilli at 6:43 PM No comments: